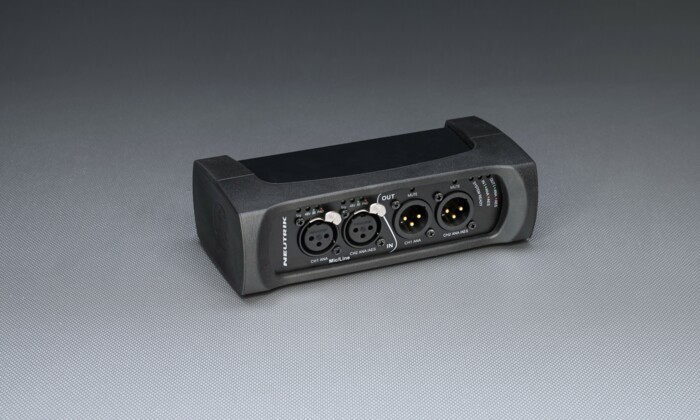 Following the successful launch of Neutrik’s Dante line-level NA2-IO-DLINE interface in 2018, Neutrik now introduces an addition to this product line. The new NA2-IO-DPRO fits in the same form factor as NA2-IO-DLINE while adding a host of additional features requested by Neutrik’s professional users.

Connect even more legacy audio gear to the Dante network

In addition to the line-level connectivity of NA2-IO-DLINE, the new NA2-IO-DPRO also allows microphone-level signals and AES/EBU signals to be injected into or taken out of the Dante network. Besides acting as a Dante converter, NA2-IO-DPRO can also operate as an AES/EBU converter: microphone inputs can simultaneously be injected into the Dante network and sent to an OB van (for example) via an AES/EBU signal fed from the device’s XLR output.